As part of the continual research into enhancing our understanding of our products for the benefit of customers, Kells is a member of a research centre that specialises in flour, bakery ingredients and baked goods – Campden BRI. One piece of research with lead sponsors, Kenwood/Delonghi and Upfield/Unilever, set out to define ‘fluffiness’ in a cake, one of the key quality attributes often used to describe a ‘good’ cake. 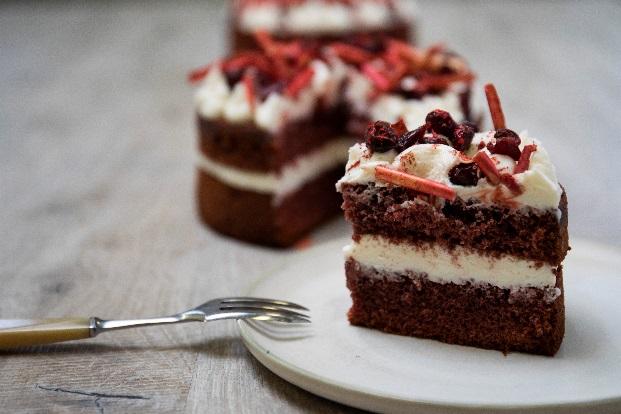 So what makes a good cake?

Take a second to think about what makes a good cake… chances are one of the words you thought of was fluffiness. Easy, right? However, what does fluffy actually mean? Also, can we measure it? These were the questions we asked ourselves at Campden BRI. From their own research, Kenwood/Delonghi and Upfield/Unilever explained that consumers recognise fluffiness as an important parameter for cake quality.

Cake ‘fluffiness’ is commonly used as a desirable quality for cakes and the term is regularly featured in adverts and on the packaging of cake products. It is therefore important to be able to quantify fluffiness when developing new and current recipes/processes or when making claims that one cake is fluffier than another. Common descriptors of cake fluffiness include: soft, light, airy, crumbly, springy and moist. It appears that there is no single accepted definition of cake fluffiness, so the challenge to measure cake fluffiness was greater than we first thought.

Is density a factor?

It would appear that the less dense, lighter and airier cakes – sponge cakes made with no butter or fat – are not considered to be fluffy! While considered light and airy, the research showed they were also deemed to be firmer and ‘harder’ than a cake made with butter or fat.

The importance of texture

Next, the textural properties were studied using a Texture Profile Analysis (TPA) test and informal sensory analysis. The results suggest there was a strong correlation between the softest cakes and those which were perceived to be the fluffiest. This finding provided the basis for using softness (firmness) as a main parameter in objectively describing fluffiness.

We noted that some of the softer cakes were ‘claggy’ and it was observed on the texture analyser that they were not as springy. That is, when compressed with a finger, they squash easily, but do not bounce back. It was then decided to use springiness along with softness, as the main parameters for describing fluffiness objectively.

Putting it all together

We defined a fluffy cake as a soft and springy cake!

The next challenge was to incorporate these parameters into an equation that could be used to generate a fluffiness value.

With the parameters and the method confirmed, the equation can be written as follows:

While of interest and verging on humorous, the assessment goes on to point out that many other factors are important for defining quality in cake, not least personal preference! Aroma, flavour, colour, eat are but some of the many quality points that are important to customers, before you get onto ingredient declaration and ethical considerations and a range of other related matters.

However this research illustrates that, at Kells, we are constantly on the look out for for any improvements that can be made to our products.. Customers can be reassured that this type of background research is undertaken continually at Kells to improve aspects of our own raw materials, our flours, our blends and how they can best be used in your business.